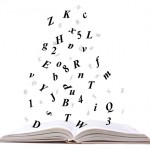 The ILAE has recently updated their classification of the epilepsy syndromes.  The definitions they have listed on their website pertaining to “disease” and “syndrome” and “electro-clinical syndrome” are below: www.ilae-epilepsy.org/strong>

Disease versus syndrome:  Although there is reason to distinguish the concepts of disease and syndrome, these terms are not consistently used in medicine.  Ultimately, it was decided not to insist on the disease-syndrome distinction in referring to the epilepsies at this time, although either or both terms may be used depending on the context and custom.  Instead, there are at least four groupings that may be invoked in this context and as described below:

Use of the term “syndrome,” and more precisely “electro-clinical syndrome,” will be restricted to a group of clinical entities that are reliably identified by a cluster of electro-clinical and developmental characteristics. These are largely but not exclusively genetic in origin, and tend to have a strong relationship to developmental aspects of the brain.  These are distinctive disorders identifiable on the basis of a typical age onset, specific EEG characteristics, seizure types, and often other features which, when taken together, permit a specific diagnosis.  The diagnosis in turn often has implications for treatment, management, and prognosis. The term for these entities is “Electro-clinical Syndromes.”  While ultimately common usage will likely shorten the term again to “syndrome” alone, this is still specifically defined to mean entities that can be considered electro-clinical syndromes.  It would be inappropriate to refer to, for example, epilepsy with a frontal lobe focus and not otherwise specified as a “syndrome.”

Additionally, terms associated with the cause of epilepsy have been redefined:

The terms idiopathic, symptomatic, and cryptogenic have taken on a variety of meanings and connotations laden with presumptions which, at times, conflate multiple concepts into a single word.  This has resulted in considerable contradiction and confusion.  The term idiopathic was defined in the 1989 document: “There is no underlying cause other than a possible hereditary predisposition.  Idiopathic epilepsies are defined by age-related onset, clinical and electrographic characteristics, and a presumed genetic etiology.” The term, however, is also used to convey the idea of a highly pharmaco-responsive form of epilepsy. Many, although not all, of the traditional “idiopathic” epilepsies also spontaneously remit during a predictable age range (a separate quality or dimension) and were generally thought to be unaccompanied by other consequences or disabilities, although this is clearly not the case as a variety of subtle cognitive and behavioral disorders are seen in association with these forms of epilepsies.

The term “symptomatic” is a truism as all epilepsy is symptomatic of something.  It is often substituted for the concept of a poor prognosis for seizure control.  Finally, “cryptogenic” was defined in 1989 as meaning “presumed symptomatic” apparently in the sense of “lesional.”  It is, however, from among these “cryptogenic” epilepsies that syndromes such as ADNFLE and ADPEAF have been discovered. The Commission has abandoned all three terms and redefined concepts for groups of underlying cause.

The following three groups for causes are recognized:

Certain electro-clinical syndromes, such as infantile spasms, may have multiple different causes

Finally, the ILAE defines the terms “epileptic encephalopathy” and “benign”:

Many terms have crept into usage to describe the natural course and consequences of epilepsy.  These terms include “epileptic encephalopathy” and “benign.”

The term “epileptic encephalopathy” can be used to characterize syndromes as well as be applied to individuals.  As a domain for clustering and describing syndromes, an epileptic encephalopathy is an electro-clinical syndrome associated with a very high probability that the individual will develop encephalopathic features that present or worsen after the onset of epilepsy. Separately but important to note, as a group they tend to be very pharmaco-resistant but this is another quality or dimension. The best known and most common of these are West, Lennox-Gastaut, Dravet, Landau-Kleffner-CSWS, and Doose syndromes.  Inclusion of a specific syndrome in the domain of “epileptic encephalopathy” does not imply that all individuals with these disorders will appear encephalopathic; however the risk is typically quite high.  Recognition of this risk is a primary motivation for creating this domain as early effective intervention including surgery may improve seizure control and developmental outcome in some cases.

“Epileptic encephalopathy” should be viewed as a concept and a description of what is observed clinically with the recognition that, we are rapidly approaching a clearer understanding of the effects of seizures on brain function and their potential for lasting deleterious impact in the developing brain. At the same time, however, we must recognize that the source of an apparent encephalopathy is usually unknown.  It may be the product of the underlying cause, the result of epileptic activity, or a combination of both.

The names of many syndromes contain the word “benign.”

Two key features of   “benign” epilepsy syndromes are that they:

a. Involve seizures which are self-limited in that spontaneous remission, regardless of treatment, occurs at an expected age and is the anticipated outcome in the vast majority of cases,

b. The consequences, if any, of the seizures are generally not disabling over the course of the active seizure disorder.  This does not preclude an increased risk of subtle to moderate cognitive and behavioral disorders prior to, during, or extending beyond the active phase of the seizures.

With our increasing awareness, however, of the cognitive and behavioral comorbidities, psychiatric disorders, migraine, and even sudden death that may accompany any form of epilepsy, the term “benign” itself seems inappropriate as it may lead to false hopes and unrealistic expectations.

As did the term “idiopathic,” “benign” blends together different qualities which, individually, may pertain to other epilepsies that are not considered “benign.” Consequently, we recommend that, instead of designating a group of syndromes as “benign,” we recognize the different qualities that make up the concept of benign and apply them specifically and consistently to individual forms of epilepsy. While predictable spontaneous remission is a desirable quality, it should be identified as “self-limited” electro-clinical syndromes, that is, electro-clinical syndromes that have a high or moderately likelihood of spontaneously remitting at a predictable age.

Another feature that is also seen in these self-limited syndromes is that they are also very pharmaco-responsive. This is true of other syndromes that are not always as self-limited such as CAE and JME.  Diagnosis of one of these syndromes allows, within a reasonable certainty, the prediction that the seizures will rapidly come under control with appropriate medication.  In fact, this is one of the common features of the groups of syndromes previously labeled “Idiopathic.”  Diagnosis of one of these electro-clinical syndromes is of key importance for family and patient counseling.  Labeling these syndromes as pharmaco-responsive is likely more meaningful to clinicians and families than the term “idiopathic” which contains other implications which may or may not apply to a given electroclinical syndrome.

Of note, the inclusion of features that are descriptive of the natural evolution of a form of epilepsy is not, strictly speaking based upon natural classes but rather on repeated observations and impressions.  They are included for pragmatic purposes.