ICE Alliance – Have Hope for Intractable Epilepsies in Children 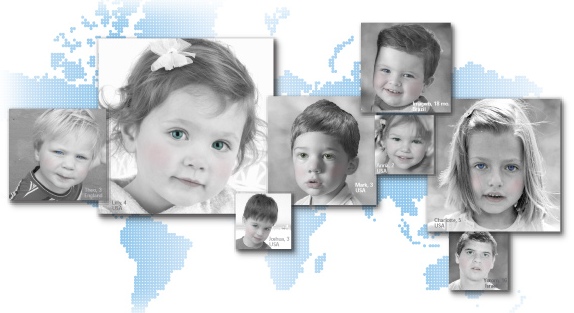 Together we will Improve the Outcome and Reach for the Cure.

Epilepsy is a condition where recurrent electrical discharges in the brain disturb the normal functioning of the nervous system. These episodes of disturbance are called seizures. Two or more unprovoked (caused by fever or nervous system infection) seizures typically leads to a diagnosis of epilepsy. Each year 45,000 children ages 15 and under develop epilepsy in the US. Some of these children outgrow their epilepsy, but more than 300,000 children under 15 years old live with epilepsy in the US. Fifteen percent (15%) of these children have identifiable epilepsy syndromes. While most people with epilepsy (60%) find seizure freedom with anti-epileptic drugs, as many as 40% of people with epilepsy, inclulding children , do not find seizure freedom with anti-epileptic drug therapy and are considered “refractory” , “intractable“, or “drug resistant” patients.

The International League Against Epilepsy (ILAE) has proposed a consensus definition of drug resistant epilepsy. This task force has chosen the preferred term “drug resistant” to replace the terms medically intractable, refractory, and pharmacoresistant. The experts on this ILAE committee feel “drug resistant” is more consistent with the intent of the definition, namely to identify patients for whom there is sufficient information from trials with anti-epileptic drugs and seizure history to conclude seizure control will not be as well as expected compared to the epilepsy population as a whole. The committee feels that “intractable” and “refractory” would imply that there is no chance at all of remission, which they feel is never the case. Even in the most intractable cases of epilepsy, sometimes seizure freedom can be found.

Many of these drug resistant cases occur in children with an epilepsy syndrome. An astounding 70% of patients suffering from epilepsy do not know what is causing their seizures, and the cause is determined as “idiopathic” or “cryptogenic” . The definition of “drug resistant” epilepsy as failure of adequate trials of two tolerated, appropriately chosen and used antiepileptic drug schedules (whether as monotherapies or in combination) to achieve sustained seizure freedom. Drug resistant epilepsy in children can lead to brain damage, developmental delays, psychological abnormalities, and even death. Recognizing some of the other problems that may be associated with drug resistant epilepsy (called co-morbidities) and managing the problems can improve quality of life. Continuing to pursue all options available for the treatment of the epilepsy may lead to seizure freedom and in some situations, the epilepsy improves over time.

ICE Alliance is working to propel research on the intractable epilepsies of childhood in order to better understand the cause of seizures and streamline therapy towards a cure. We strive to provide pertinent, professionally written and evidence-based information to parents, caregivers, and healthcare professionals in order to improve the outcome of children faced with drug resistant epilepsy.

ICE is a voluntary non-profit with no paid employees. The contents of this website have been written by Harriet Davies, PharmD or Doctor of Pharmacy students under her direction through an ICE Drug Information rotation with accredited pharmacy schools in North Carolina. Additionally, other interns or professional volunteers contribute to the website from time to time.

All donations made to ICE Alliance go to support education or research initiatives.