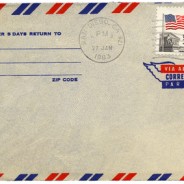 This template letter may be useful in obtaining the educational placement or services you need for your child.

I am a pediatric epileptologist and care for __________.  I am writing to you concerning  _________  preschool placement within the ____________ County public schools.  _________ qualifies for special needs services through the qualifier  “Other Health Impaired” in that she has a chronic health problem which limits her strength, vitality and alertness.

Severe myoclonic epilepsy of infancy (SMEI) or Dravet Syndrome is a rare genetic syndrome caused by a gene mutation that interferes with protein development in sodium channels in the brain.  The faulty sodium channel causes febrile and nonfebrile seizures in previously healthy infants.  ________ has a confirmed genetic diagnosis that suggests he/she will present with the most severe spectrum of this disorder.  There are less than 500 reports of this syndrome reported in the world; however, incidence is likely to be more common than reported.  Dravet syndrome is characterized by a constellation of seizures presenting during the first year of life and continuing throughout life.  All seizure types are present, with myoclonic seizures frequent life-threatening status epilepticus being the predominant seizure types in most patients.  All seizure types have been resistant to most antiepileptic drugs.  The prognosis of most patients is poor. Seizures tend to persist and change over time. Most children become cognitively impaired by age four, with as many as 50% being severely mentally handicapped by age 10.  The mortality is high due to status epilepticus or sometimes sudden death.

SMEI limits Lilly’s strength by limiting her muscle tone.  He/she is clearly hypotonic and ataxic.  SMEI limits ________’s vitality by the seizure activity that occurs daily and is exacerbated with the slightest illness.  His/her vitality is further limited by the frequent and unpredictable episodes of status epilepticus (seizures lasting more than thirty minutes)– his/her seizures have lasted as long as an hour and a half and required a drug induced coma to resolve.  IMMEDIATE administration of an emergency medication and monitoring of breathing by a trained health professional is required at the onset of one of _________’s convulsive episodes.  SMEI limits ________’s alertness due to the daily chronic anti-epileptic medication intake (he/she is on four drugs a day presently) and due to the gene mutation that is believed to impair cognition.

Due to the chronic and progressive nature of _________’s illness, it is impossible to determine what her future cognitive status will be.  Research has shown that an enriched environment and early, aggressive therapies including speech, physical, occupational, and play therapy can improve the outcome in children with epileptic syndromes.

___________’s mother, shared with me the special education program at The Children’s Center in Winston-Salem, NC. The 3 year old program is an ideal setting for _________.  It offers the global therapies __________ needs in an enriched environment with the added benefit of typically developing children to serve as role models.   In addition, the staff at the school are trained to recognize different seizure types, which is important as __________’s seizure types will change due to the syndrome. This educational model will offer __________ the opportunity to reach her highest potential during his/her preschool years.

In addition to ongoing speech, physical, occupational and play therapies, it is medically necessary that __________  have a  registered nurse or LPN  to handle her seizures by administering an oral medication within thirty seconds of the onset of a seizure and monitoring breathing while calling an ambulance to transport to the hospital immediately while following his/her prescribed emergency seizure protocol.  If a school nurse can be guaranteed to respond to _________’s seizure within thirty seconds, it is medically necessary that _________ have a one-on-one registered nurse or LPN with her while at school.  In periods of illness in which _________ cannot attend school, he/she should have homebound instruction and therapies.

Please do not hesitate to contact me if you have additional questions.