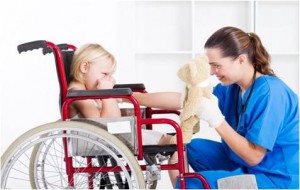 Intractable epilepsy as a disability Epilepsy is sometimes called the “invisible disability”. Is this a reasonable assessment?

If one thinks in terms of people with drug-responsive seizures, the term “disability” is probably too strong. These people usually lead normal lives, and reach their full potential for accomplishment.

Intractable epilepsy, however, is clearly a disability. Part of the problem is the seizures themselves. Public seizures lead to stigma, and to economic and social discrimination. There is the possibility of head injury due to the falls, and people with uncontrolled seizures have to be careful about climbing ladders, or standing near the edge of subway platforms. They are warned against swimming alone, and told to take showers rather than baths. They cannot drive. Life becomes limited and circumscribed.

THE CO-MORBIDITIES OF INTRACTABLE EPILEPSY

Both parents and educators agree that the co-morbidities of intractable childhood epilepsy are often more serious than the seizures themselves. These co-morbidities are summarized below:

If seizures cannot be stopped by drug or non-drug therapy, the co-morbidities must be addressed, and strategies for dealing with them must be evolved.

Even when IQ’s are in the normal range, children with uncontrolled seizures do less well in school than non-epileptic children. A number of factors may contribute to this:

1) Frequent Absence Attacks
One cause of learning problems is frequent absence seizures. These mild, non-convulsive attacks consist only of brief lapses of consciousness. Some children have hundreds per day, however, and clusters of dozens may occur within a few minutes. During these periods, the child cannot follow what is going on around him or her. Children with absence epilepsy, therefore, may give the appearance of being “slow learners”. Actually, their intelligence is normal.

2) After-effects of Seizures
Severe seizures, such as tonic-clonic attacks, cause a major perturbation in the brain. The after-effects of such seizures last for hours. If a child has had one or more seizures during the night, he or she may show excessive fatigue during the following day, and may appear to have forgotten things he or she knew the day before.

3) Interictal Spikes
Some children – particularly those with complex partial seizures – have isolated epileptic “spikes” in their EEG between seizures. These are called “interictal spikes”. Interictal spikes produce no outward manifestation, but they slow the child’s ability to process and retrieve information, causing transient cognitive impairments.

5) General Memory Defects
One of the most common complaints in people with intractable epilepsy is a general defect in memory. Children will complain that they have to have their lessons repeated over and over before they can remember them. They know that their classmates don’t have this problem. The reasons for memory impairment are not completely clear. In some cases it may relate to the side-effects of anticonvulsant drugs (below). In others, it may relate to changes in the brain. Individuals with long-standing intractable seizures arising in the temporal lobes begin to lose neurons in the hippocampus, a subcortical forebrain structure. This loss of neurons is called “hippocampal sclerosis” or “mesial temporal sclerosis”. The hippocampus is involved in memory formation, and hippocampal sclerosis, when severe, is associated with memory problems.

6) Side-effects of Medication
In addition to the cognitive impairments associated with intractable seizures, there are impairments associated with the sedative (sleep inducing) side effects of the anticonvulsant drugs. These side-effects are most serious at the start of therapy. They improve as tolerance develops, but they don’t entirely disappear. They are worst with the older drugs, such as phenobarbital, but they may be seen with almost any of the anticonvulsants. They are more of a problem in children taking multiple drugs.

7) Sleep Disorders / Daytime Drowsiness
People with uncontrolled seizures often suffer from sleep disturbances. These are believed to be caused both by their seizures, and by some of the anticonvulsant drugs. This disturbed sleep leads to daytime drowsiness, and poor cognitive performance. As children grow, the co-morbidities of ntractable epilepsy grow with them. The focus of trouble simply shifts from the school to the work place. Cognitive deficits, once acquired, are likely to remain. The after-effects of seizures still occur in adults, as do the sedative side-effects of anticonvulsant medications.

Some of the more common problems include anxiety, depression, irritability, aggression, and irrational periods of rage. In children at risk for suicide, there is a fifteen-fold overrepresentation of children with epilepsy.

Emotional disturbances, especially anxiety and depression, are also common in adults with uncontrolled epilepsy. Self-confidence is low. Often there is social isolation and withdrawal. Adult children may continue to live with their parents. The suicide rate is five times higher than in the general adult population. People with seizures are also over-represented in the prison population.

In addition to anxiety and depression, some people with intractable seizures develop a schizophreniform psychosis. This occurs in about 5-10% of people with intractable epilepsy. Usually the patient has complex partial seizures with a focus in one of the temporal lobes, and usually he or she has had uncontrolled epilepsy for at least 10 years. In occasional patients, the psychosis will clear after a seizure, and then gradually reappear.

A recent study on adults with uncontrolled seizures – and normal IQ’s – reported that about 30% had psychiatric disorders, including psychosis, antisocial personality disorders, anxiety and depression.

The emotional and behavior problems noted above may be compounded by the effects of the anticonvulsant drugs. ADHD is exacerbated by sedatives, and many of the anticonvulsants have sedative side-effects. Children on anticonvulsants, therefore, may suffer a change of personality. They may become impulsive, hyperactive and irritable – and they may engage in both verbal and physical aggression. These problems disappear when the drug is stopped.
Anecdotally, neurologists report that most of the anticonvulsants can produce behavioral side effects. The worst problems, however, are probably associated with clonazepam (Rivotril).
A related drug, clobazam (Frisium), causes fewer problems. In children, phenobarbital also sometimes causes a hyperactive syndrome. One of the new drugs, vigabatrin (Sabril), is associated with depression or outright psychosis in a small number (2-4%) of patients.
Vigabatrin is not prescribed much any more, however, since it also tends to cause visual field defects.

Such “paradoxical excitability” may also be seen in elderly patients, but it is less likely to occur in adults.

The connection between anticonvulsants and behavior problems is often overlooked. If a patient has a change in behavior after the initiation of a new drug, the possibility of behavioral side-effects should be considered. A patient with severe behavior problems on one drug may be quite normal on another. (For more discussion, see Sanchez-Carpintero & Neville, 2003; Williams, 2003.)

Intractable epilepsy and the family unit

Intractable seizures, and the emotional, cognitive and behavior problems which accompany them, are a burden not just for the child, but also for the family.
Parents – and particularly mothers – often blame themselves for their child’s epilepsy. In some cases, shame is added to guilt as the grandparents blame the parents for their child’s condition. Many parents go through the stages of denial, anger and depression, usually seen when a child dies. Some parents develop psychosomatic reactions, such as sleep disturbances, headaches and loss of appetite.

It appears to be the episodic, unpredictable nature of epilepsy that makes it harder to live with than other childhood disabilities. Both mothers and fathers live in fear of the next attack. It is common in newly diagnosed cases that one parent will stay up all night for fear that the child
will die in its sleep.

Eventually, most parents come to terms with their child’s epilepsy. Some, however, remain “stuck” in a state of constant crisis. Many parents of children with chronic epilepsy would benefit from short-term psychotherapy. They seldom seek it or receive it, however. Support groups consisting of other parents living with childhood epilepsy are of considerable help. These are usually organized by the regional epilepsy associations. In the absence of therapy or support, divorce is a very real possibility.

Siblings of epileptic children suffer as well. They may develop both emotionalcomplaints (fear of becoming sick or dying, nightmares) and physical complaints (headache, vomiting). There may be sibling rivalry, as parents are perceived as “favoring” the child with seizures. A large study found that about 25% of the siblings of children with chronic epilepsy were perceived as “disturbed” by their teachers. Siblings may also require therapy – in addition to children with seizures and their parents.

Intractable epilepsy and the schools

Children with intractable epilepsy often have major problems at school.
These may be due in part to the cognitive problems associated with seizures. Because the children often have selective learning difficulties, it is important that the child undergo psychological or psychoeducational assessments to identify areas of weakness and strength.
Once it is established that the child has specific learning difficulties, an education plan can be identified to improve academic performance in that area.

From the school’s point of view, however, most difficulties relate not to cognitive problems, but to behavior problems. Teachers receive no education in epilepsy, and often do not understand the connection between uncontrolled seizures and behavior problems. When behavior problems occur, the child is simply perceived as a “bad apple”. Children with epilepsy are frequently sent to the principal, and are often suspended from school. The children
themselves sometimes express hatred of their teachers, and their families often end up “at war” with the school system.

The stigma of epilepsy, and the insensitivity of other children – and sometimes teachers – negatively affect the emotional and behavioral status of the children. Many children with seizures are excluded from school and recreational activities by teachers, and teased and bullied by their peers.

The school situation would be much improved if both the schools and the parents understood the co-morbidities associated with intractable epilepsy. What is needed is a partnership between health care providers, the parents and the school. It is important:
1) that parents and health care providers tell the school about the child’s seizures and how they are to be managed;
2) that the co-morbidities of intractable epilepsy are explained and dealt with;
3) that an education plan to improve academic success is evolved;
4) that supports, such as an educational assistant, are put in place;
5) that the importance of the child’s participation in recreational and class activities is accepted, and
6) that social interactions with peers are encouraged.

In addition to seizures, children with intractable epilepsy often have a lowered IQ, and real problems with learning and memory. They may also have significant psychosocial problems, some of them related to the anticonvulsant drugs. People who work with these children must learn patience, and try to evolve new strategies for the promotion of learning.
These people need sympathy and support. Intractable epilepsy is a true – if invisible – disability.